This radar station was built in 1941 on Northam Burrows, when the danger to Britain was at its height.

RAF Northam formed part of the Chain Home network of Radar stations which were constructed to detect and warn controllers of any incoming aircraft that might threaten the country. Radar, the use of high frequency radio waves to detect aircraft had been developed in the 1930’s and was to be used to protect the country primarily from aerial attack. 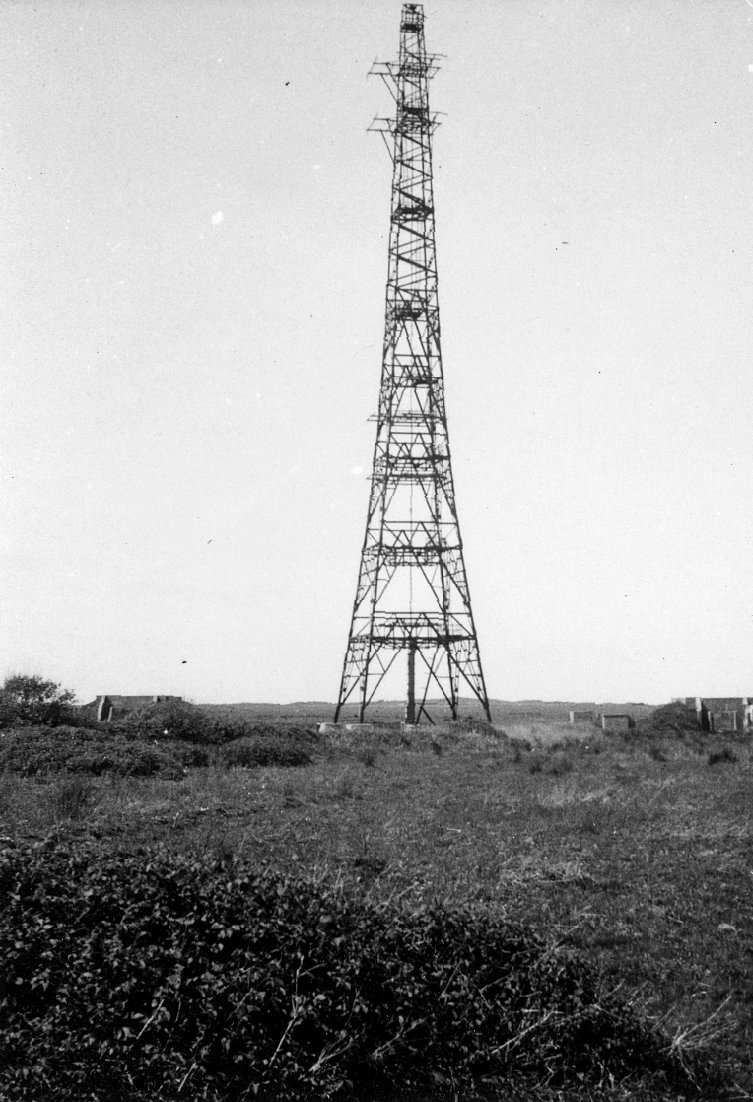 Originally designed to protect the North Sea and English Channel, after the Battle of Britain in 1940, the network was extended to cover the south west of England in 1941 and three radar stations were built on the North Devon Coast. By May 1944 as the German bomber threat receded, the radar station was closed, the masts being removed in the 1950’s

The radar station was comprised of a number of buildings and structures, which came to dominate the landscape in this area. Central to this were four metal lattice transmitter towers which were 325 feet high and two wooden receiver towers 240 ft high (73m) located on the edge of Northam Burrows.

The Radar station is one of a few fine examples of a preserved “West Coast type” Radar Station, which relied on dispersal and camouflage rather than fortification to protect it from aerial attack. As a result, everything was duplicated to ensure that if one structure was knocked out another was available for use, thus there were two transmitter blocks, two receiver blocks as well as the duplication in aerial masts.

There were four metal lattice transmitter towers which were 325 feet in height and dominated the Burrows landscape. These were arranged in pairs and secured by bolting them to a central concrete plinth with four anchor cables holding the mast in place. The masts worked in pairs and were linked by a curtain of steel wire, and this curtain was held in position by a big concrete counter weight.

Today the concrete bases, anchor blocks, counter balance are still in evidence and the remains of one of the transmitter blocks can be seen at the road entrance to the Skern.

Two  small unimpressive earth mound is all that remains the decoy sites, which were constructed during the war. It would surprise many to learn that they are designated a Scheduled Ancient Monument which we normally associate with older structures and earthworks.

As previously mentioned, RAF Northam was a good example of a West Coast type Radar station, which relied on dispersal and camouflage rather than big protected structures. These earthen mounds represent one of the few surviving examples of the construction of a camouflaged decoy site. Whilst most of the RAF station buildings are located around the edge of Northam Burrows, what makes this radar station important is that two decoy buildings were built on the Burrows to resemble actual RAF buildings when viewed from the air. 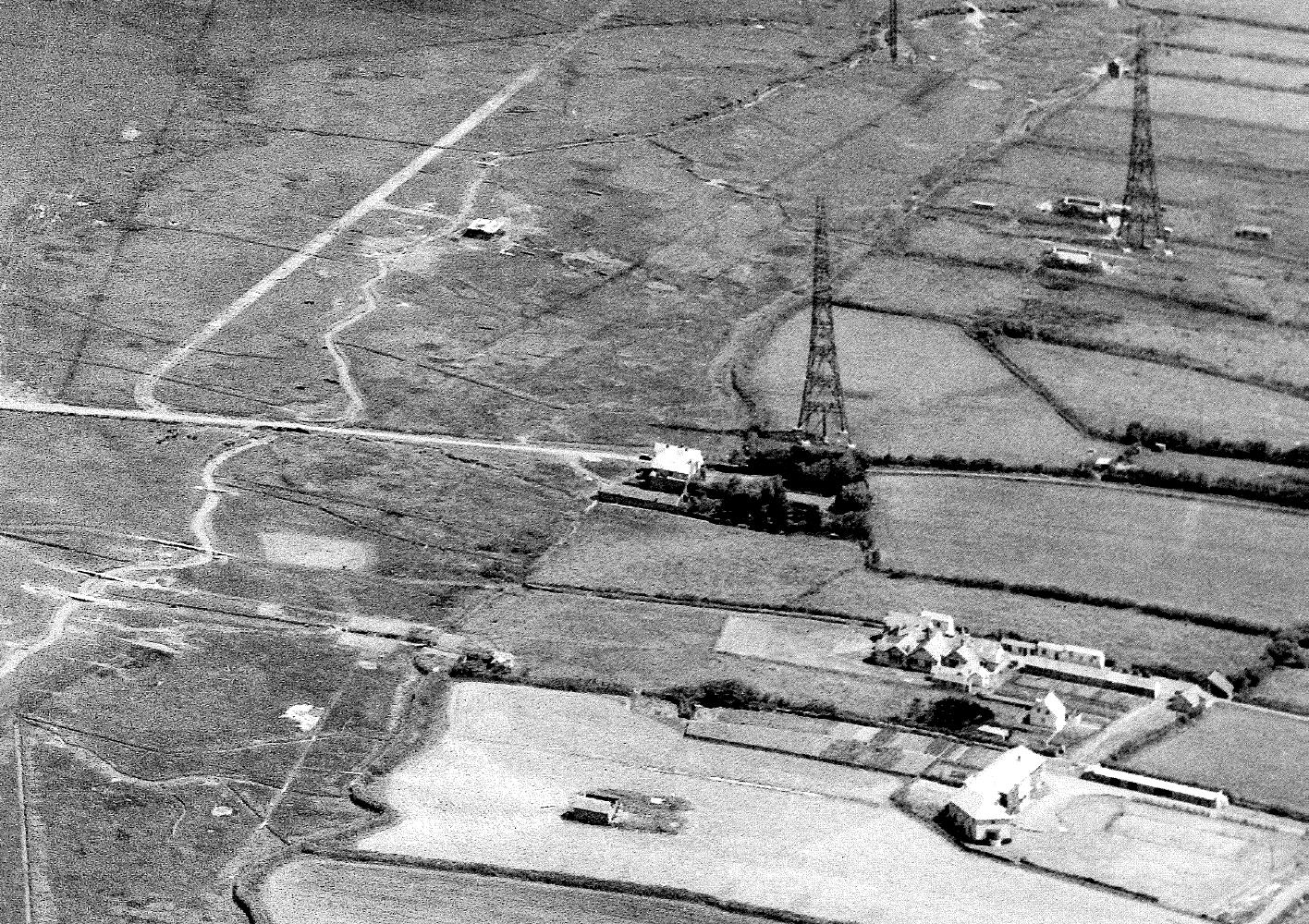 Just outside of the boundary to the Burrows, you can observe some of the buildings linked RAF Northam. Two Type C Receiver blocks are located in the adjacent field and clearly visible, although the blast walls have survived they have since lost their protective earth mounds. Further back are the remains of the RAF Northam Burrows camp, which remained in operation after closure of the Radar Station, until a replacement camp, to serve the RAF Hartland Point radar site, was built at in the village of Hartland in the mid 1950’s.

If you look over the field boundary, you can just make out the concrete bases of where the two wooden receiver towers once stood. These were a duplicate pair of towers which were 240 feet high, largely constructed of wood and self-supporting.