This is comprised of a concrete arrow shaped structure which assisted with practice bombing in Morte Bay during the war and this building was a concrete observation post.

The arrow, with its associated Practice Bombing Range Apparatus was used to signal bombers approaching a floating target moored out in Morte Bay (GR 442, 418). The observation tower, one of three located in the bay and was used by air-force personnel to calculate the accuracy of the bombing.

Few examples of this sort of range marker exist within the country and this is the only one that remains in Devon. 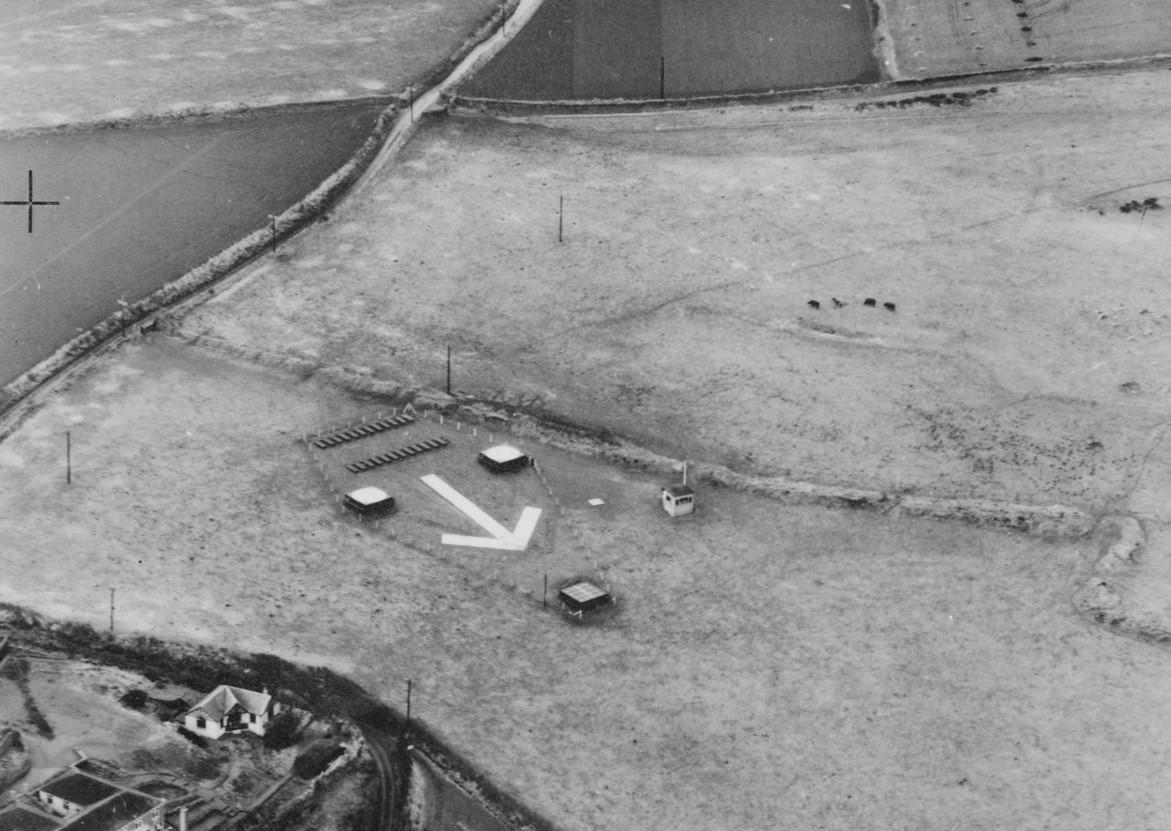 The Range Target Indicator comprised of a 25-metre-long concrete arrow orientated roughly north by north west, surrounded by three small structures each measuring circa five metres square, which probably comprised of reversible reflective signal discs to allow a range of codes to be communicated to aircraft.

The interpretation is that this structure was a Low Altitude range marker for aircraft which pointed to a large cork floating target (possibly designed to look like the conning tower of a submarine, that was anchored in Morte Bay (SS 442, 418). The arrow itself is comprise of concrete slabs and evidence from the 1947 aerial survey suggests that it would have originally have been painted white.

The Range was definitely in use between 1942 and 1952, due to the recorded incidents of aircraft crashes linked to practice bombing in Morte Bay. The nearby RAF base at Chivenor, was originally under Coastal Command and most of its Squadrons were employed on Anti-Submarine Patrol during the Battle of the Atlantic, mainly operating Vickers Wellington aircraft, including the use of Leigh Lights to located and bomb enemy submarines at night. In fact, No.172 Squadron was the first Squadron to be equipped with the Leigh Light during the war and this equipment played a major role in combating the U Boat menace in the Bay of Biscay.

However, based on crash evidence, it is evident that smaller aircraft based at Chivenor also used the bombing range. After it became a Fighter Command Training base, planes used the target to practice dive-bombing, these being Spitfires, Beauforts and later Vampire jets