RAF Hartland Point began life in 1941 as a naval VHF intercept station linked to the Enigma (Code Breaking) operation at Bletchley Park.  In June 1942 during the 2nd World War. It formed part of a comprehensive system of radar detection covering the British coast in response to an aerial and naval threat from Germany.

Initially, radar detection had been confined to the North Sea and south coast of Britain, but with the rapid fall of France and German occupation of the French coast in 1940, French naval bases and airfields became available to the Germans.

As a result the radar chain was extended to the North Devon and Cornwall coast in 1941/2. Hartland Point formed a part of the Chain Home Low System. 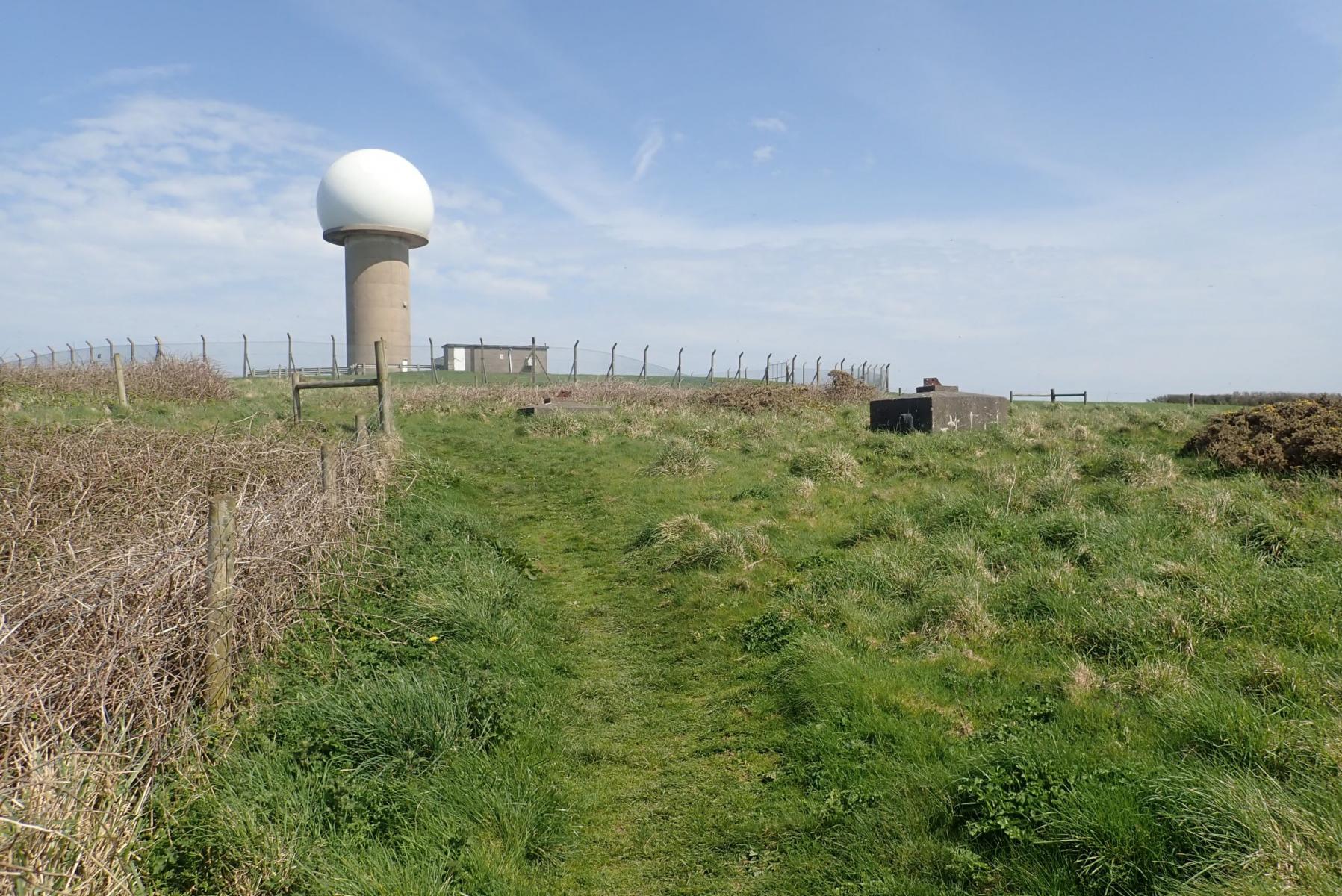 In the early stages of the Second World War enemy aircraft could approach to within 80 miles of the British coast at 10,000 before CH detected him and by descending to 5,000 feet he could avoid CH detection to within 50 miles of the coast. With the introduction of CHL an aircraft flying at 500 feet up to 25 miles away could be tracked with very good accuracy.

However, by 1941 the Germans had discovered that they could evade detection by CH and CHL by flying below 100 feet and skilled German pilots used this deficiency to devastating effect during raids on coastal targets.

Operational experience therefore showed that the standard chain home system could not detect low flying aircraft or surface ships and so the Chain home low system was introduced in 1939. As this system had a much narrower radio beam, it was necessary for it to rotate in order for it to scan the area.

In 1942 the Radar Station adopted an additional role (Chain Home Extra Low) and the station was involved in both air reporting and standby surface watching (ships), it was at this stage the full rotor radar systems were developed similar to those on surface ships.

After the war the station was retained on care and maintenance until the early 1950's, during the height of the Cold War when it was reactivated as part of the post war ROTOR programme as a GCI (Ground Control Intercept) radar station. It was at this stage that the accommodation facilities were built at Hartland Point, with the main base being located in Hartland village.

The ROTOR station at Hartland Point was short lived closing as an RAF GCI radar station in 1958 prior to 'The 1958 Plan', the successor to the Rotor Plan. However a GCI team remained at the station which was retained as the range safety radar station for the Bude firing ranges and the air to air refuelling range in the Bristol Channel. The station continued to function for this purpose until the 1980, finally closing in 1987.

However, radar continues to operate at Hartland Point and it is now an automated radar station, maintained by the Civil Aviation Authority and linked to Swanwick near Southampton.