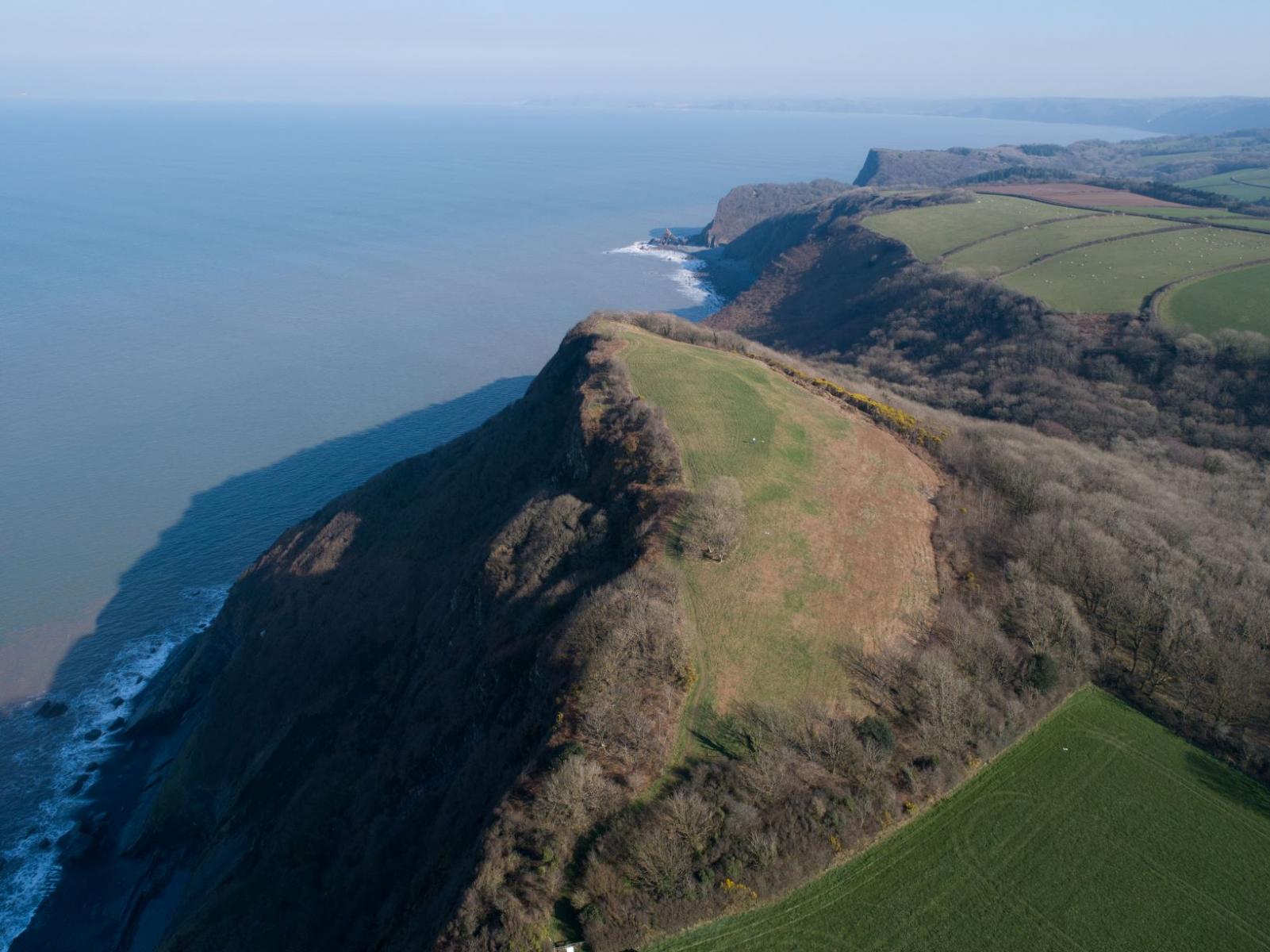 Accessible either from the National Trust site at Brownsham, or via the coast path from Clovelly, is Windbury Hillfort.  Windbury is among several smaller hillforts and prehistoric settlements that can be found in the area, at Bucks Mills, Peppercombe and Embury.

The true extent of the hillfort is uncertain as much of it has been lost to coastal erosion, and the earthworks have been mostly ploughed out. All but a single, elliptical rampart remains. This may have extended to formed a ringed enclosure, or perhaps cut off a spur that once extended out to sea.

Over two thousand years ago when it was occupied Windbury’s ramparts, topped with a stout palisade fence would have stood prominent against the skyline and would have been visible form both land and sea, for miles around.