Is it Iron-Age, Roman or medieval - or all the above? 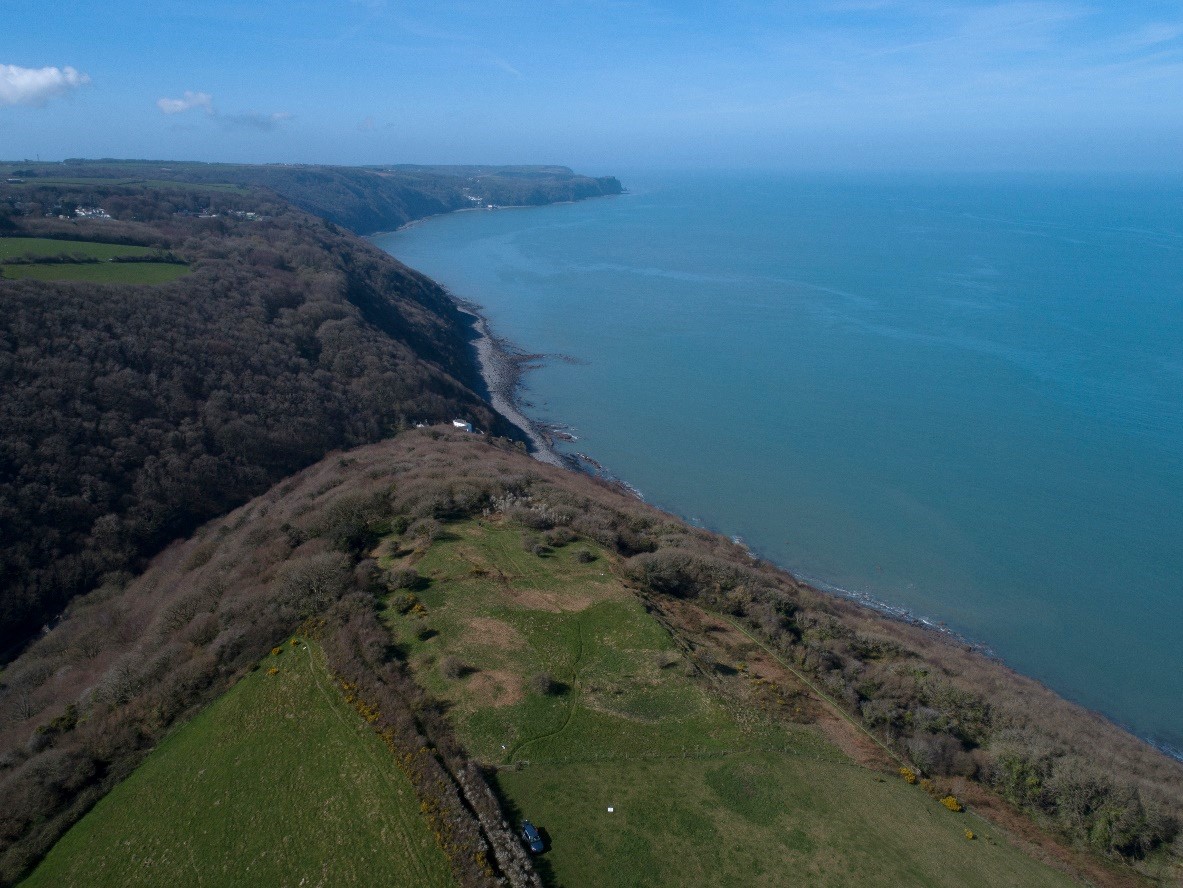 It is difficult to define the earthworks above the picturesque village of Bucks Mills. Past interpretations of the site have described it as being an Iron-Age defended settlement, a Roman Camp or partially formed of medieval of later field boundaries. In the late 19th Century, early Ordnance Survey maps described the site as a Roman Camp, yet to-date no physical evidence exists for Roman occupation in this part of North Devon.

The earthworks consist of a single banked enclosure in a rectangular shape and on the Eastern side are most pronounced, suggesting that this may have been an entranceway.

There is a strong indication that this site was re-used later, possibly in the medieval period, as there is evidence of boundary wall which was constructed sometime later to form two smaller enclosures.